In the short story The Library of Babel (1941) Jorge Luis Borges describes a metaphorical replica of the universe in the form of an endless library. This library is filled with books containing all possible combinations of letters; everything that could possibly ever be said, written or thought. The library symbolizes a universe without a beginning, without an end, without a centre and without borders.

To capture this library’s essence I created totallibrary.net. By collecting all tweets about Borges or the Library of Babel this online platform generates an endless live feed of text. A button labeled print.volume spits out the library’s latest volume into the real world, much like a print-on-demand service.

The unveiling of the platform was accompanied by The.Total.Library Volume.One containing the first 410 pages of text – much like the books described by Borges which were all uniform in size and always exactly 410 pages long.

Nominated for the WdKA Treshold Award 2016 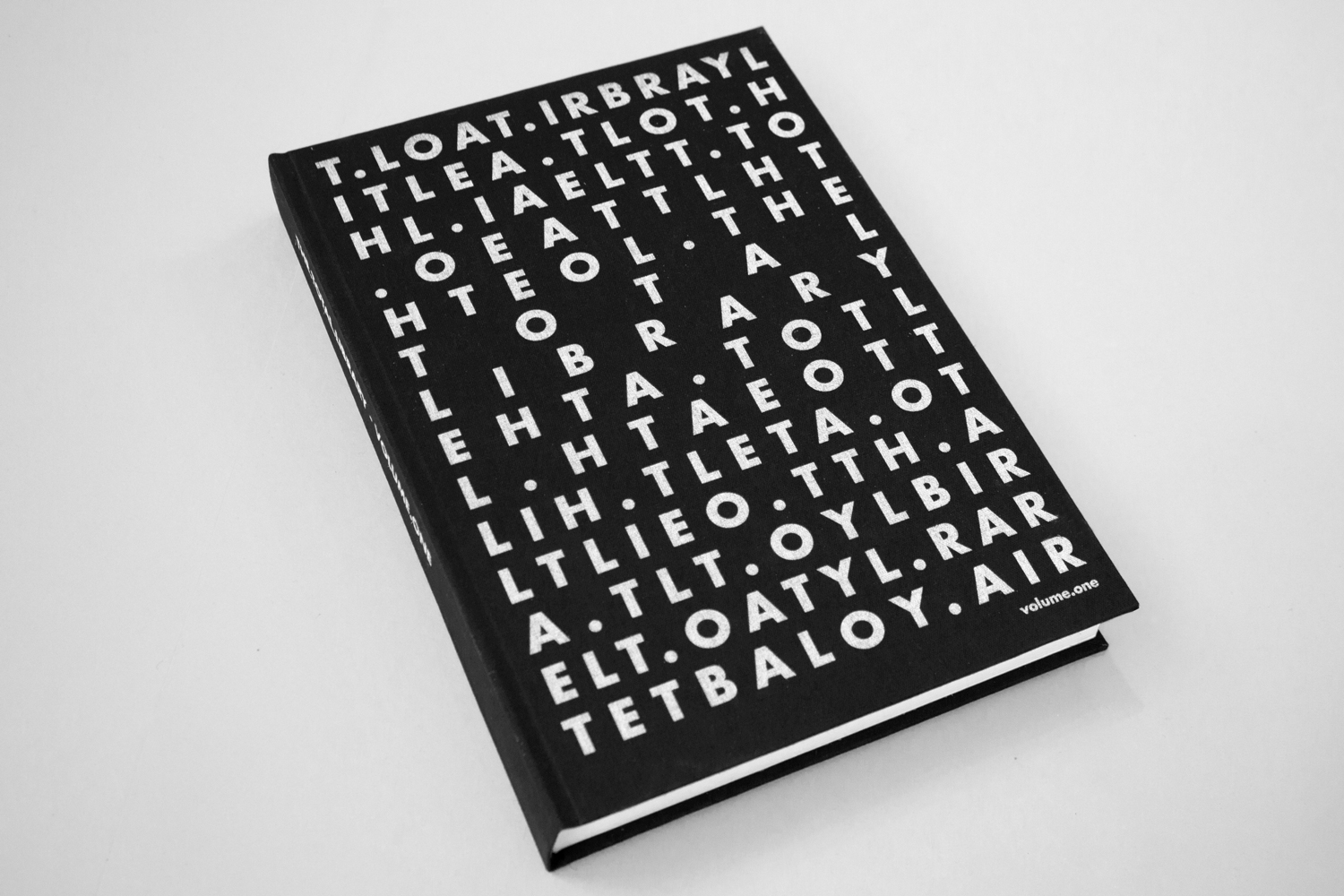 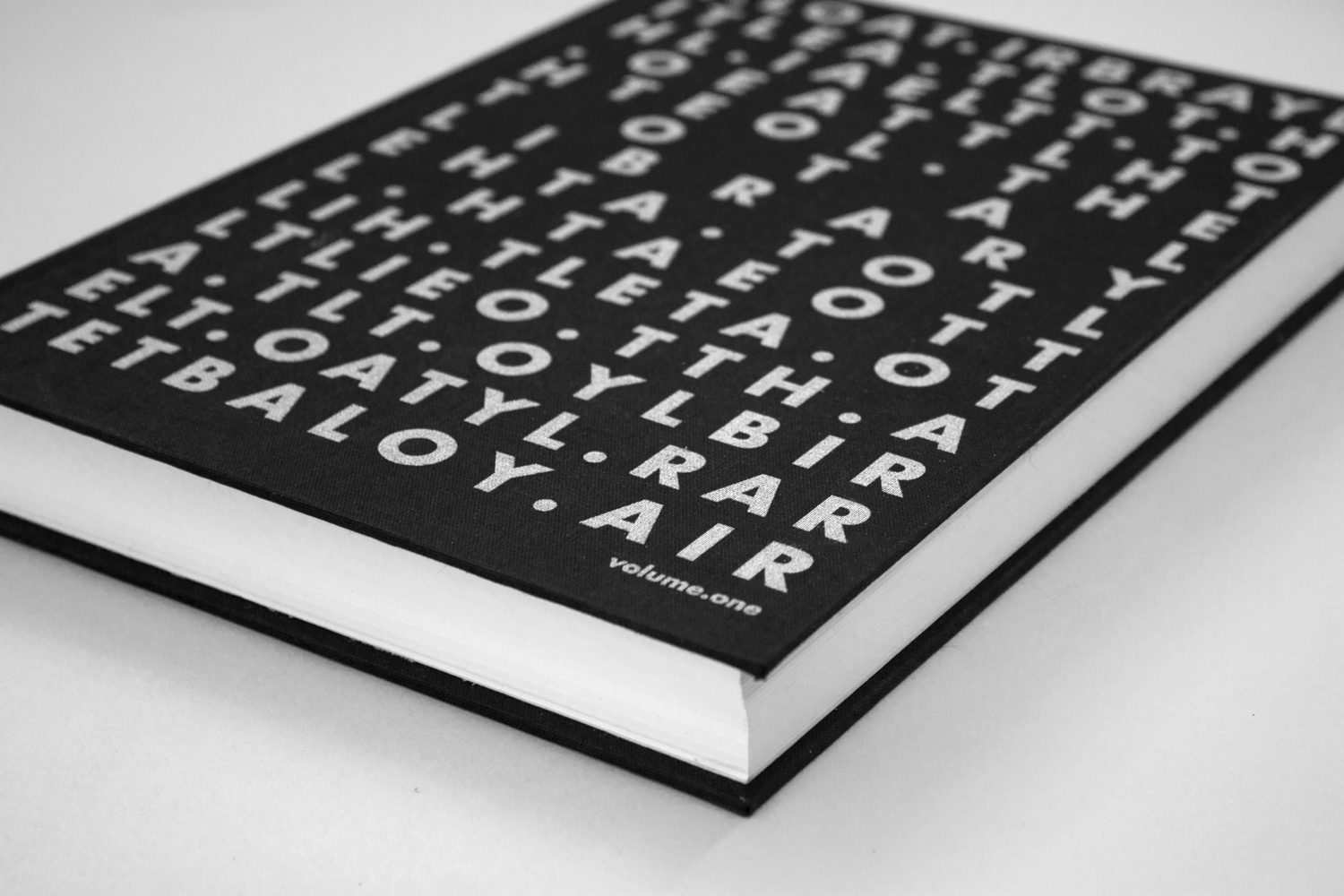 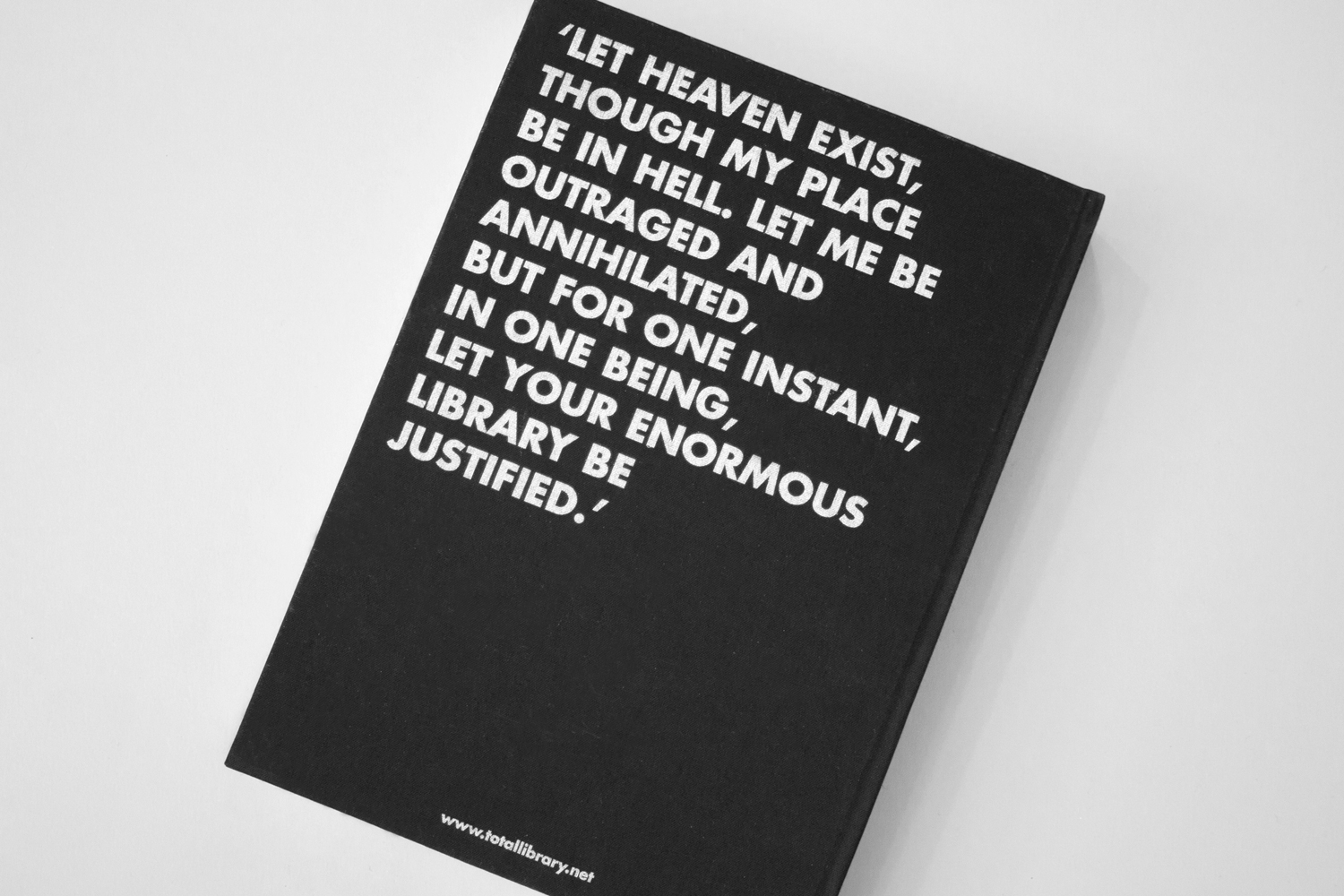 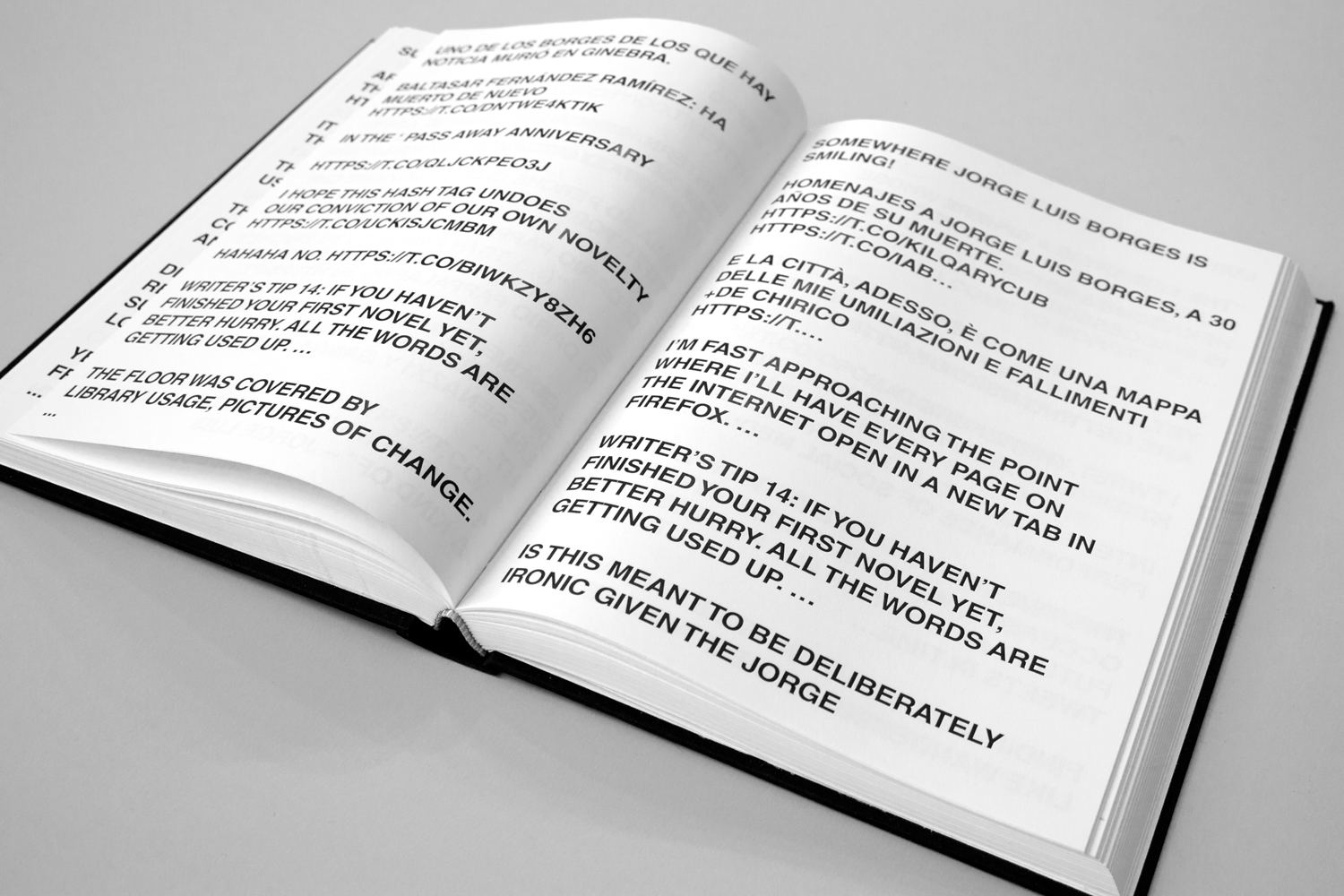 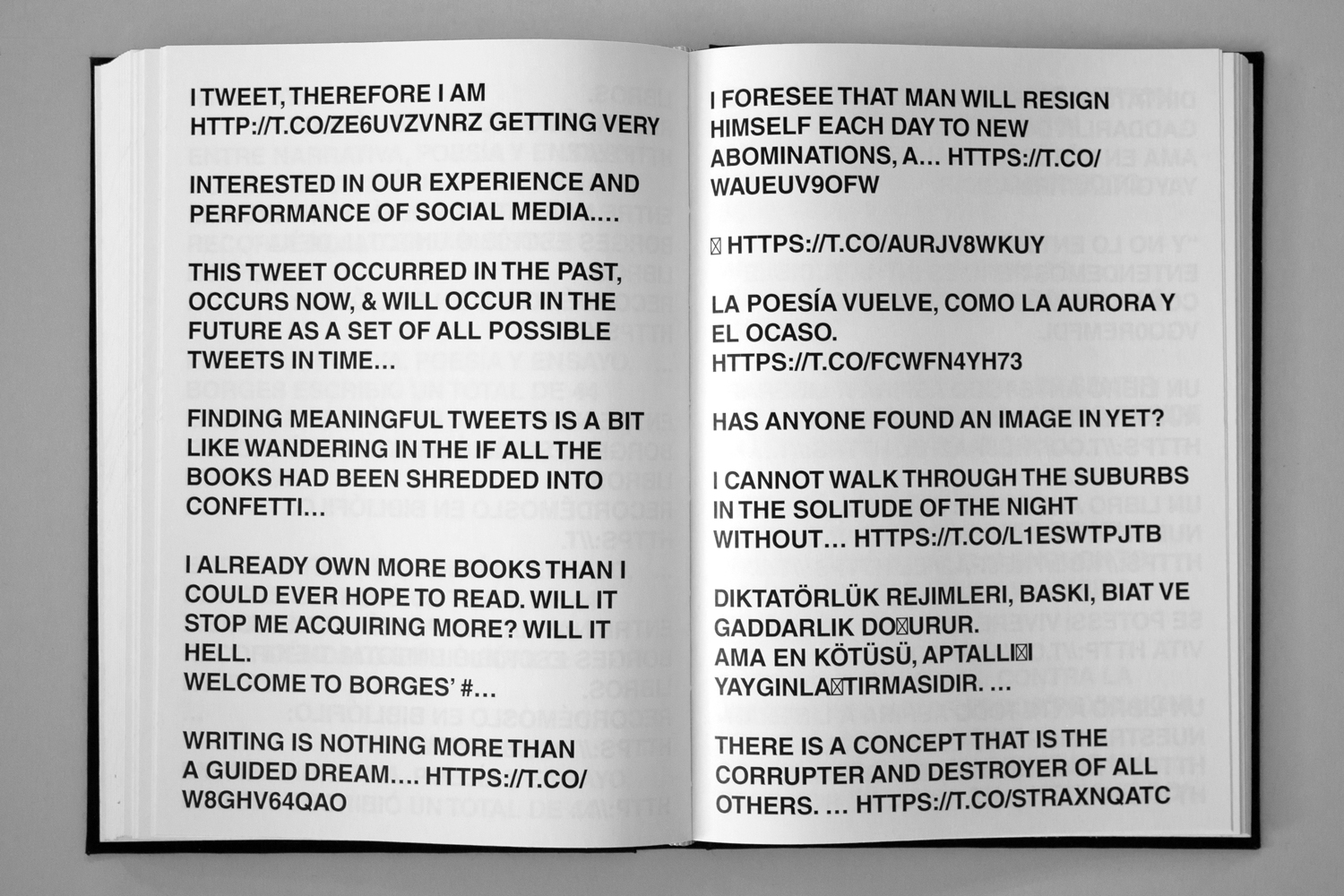 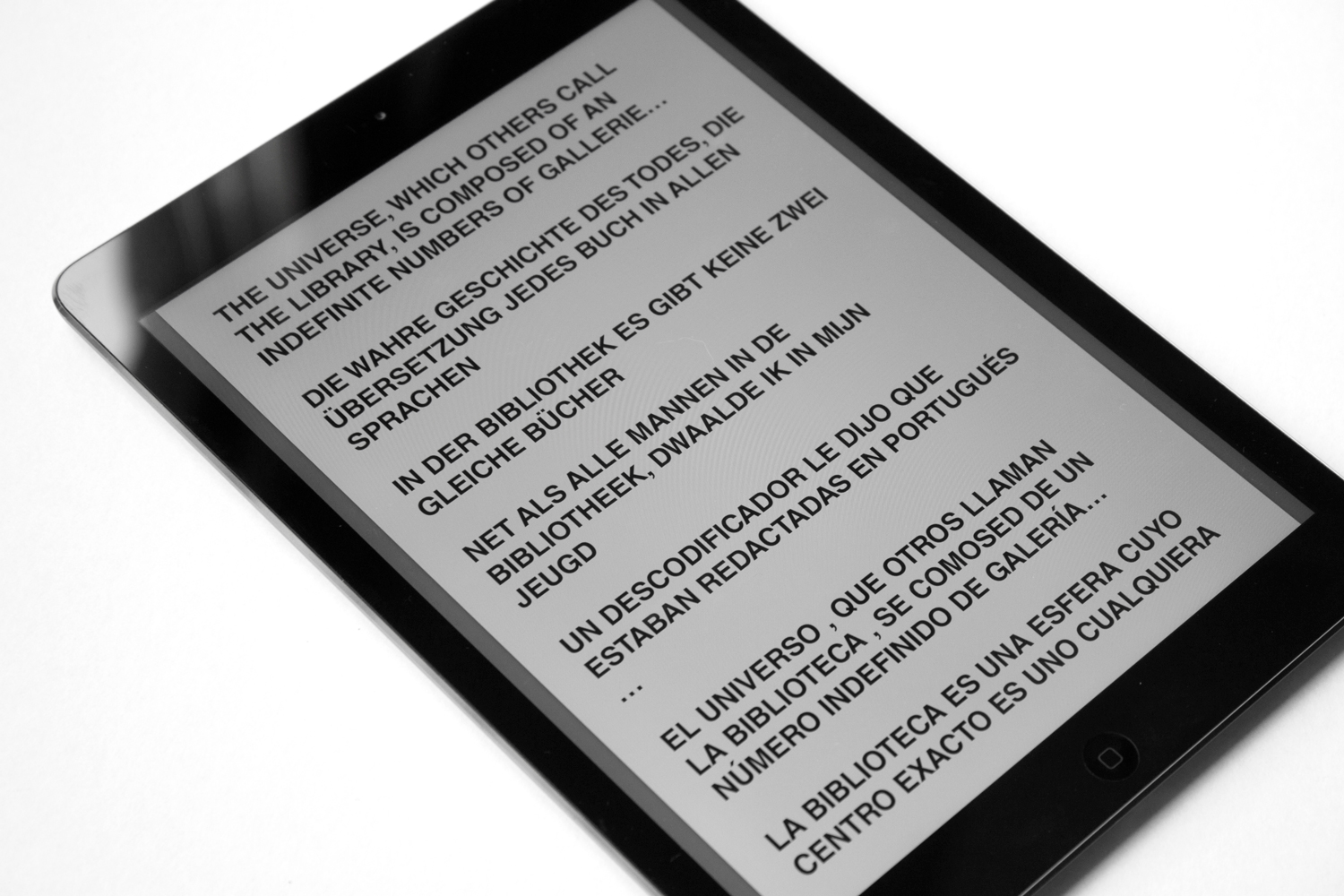 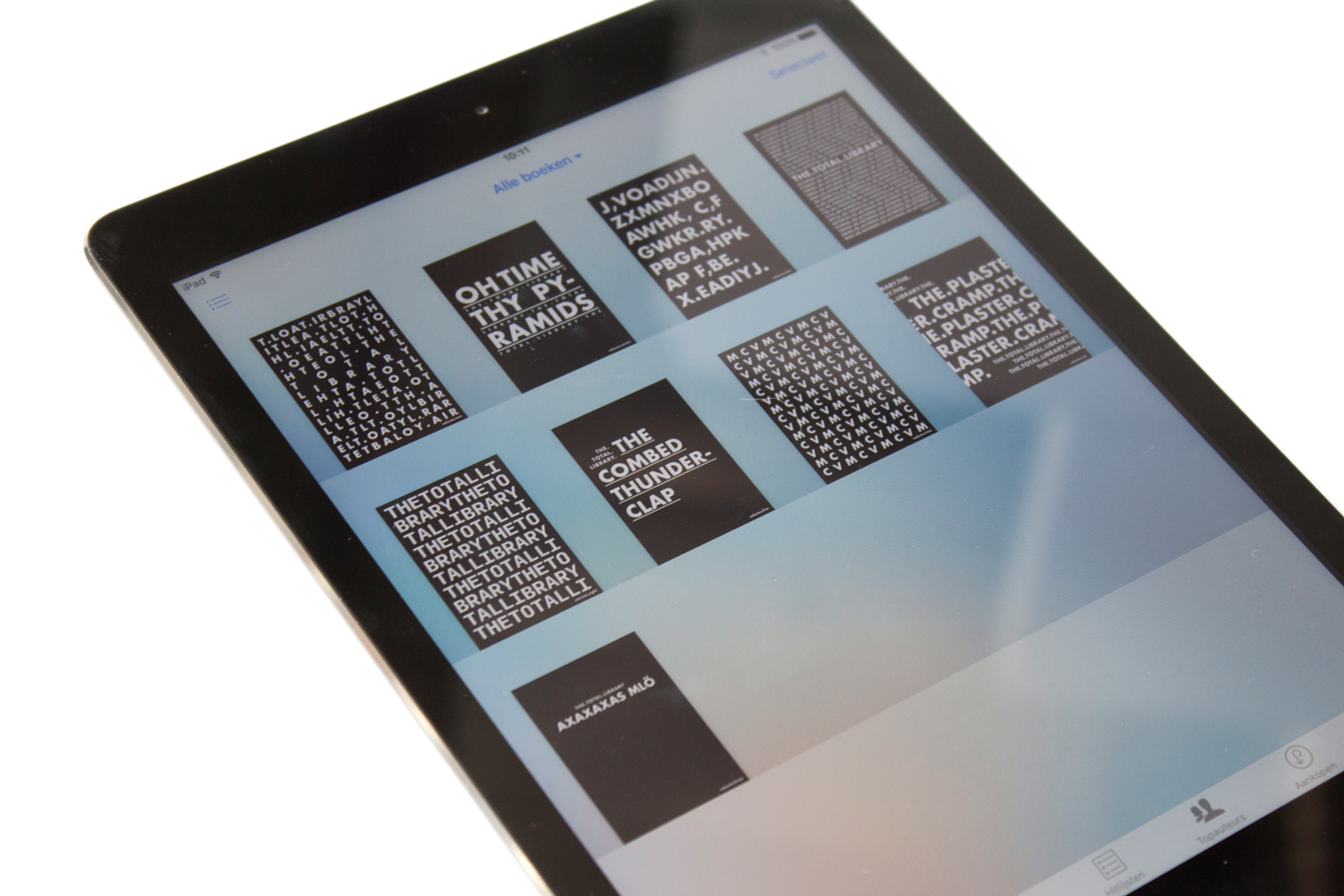 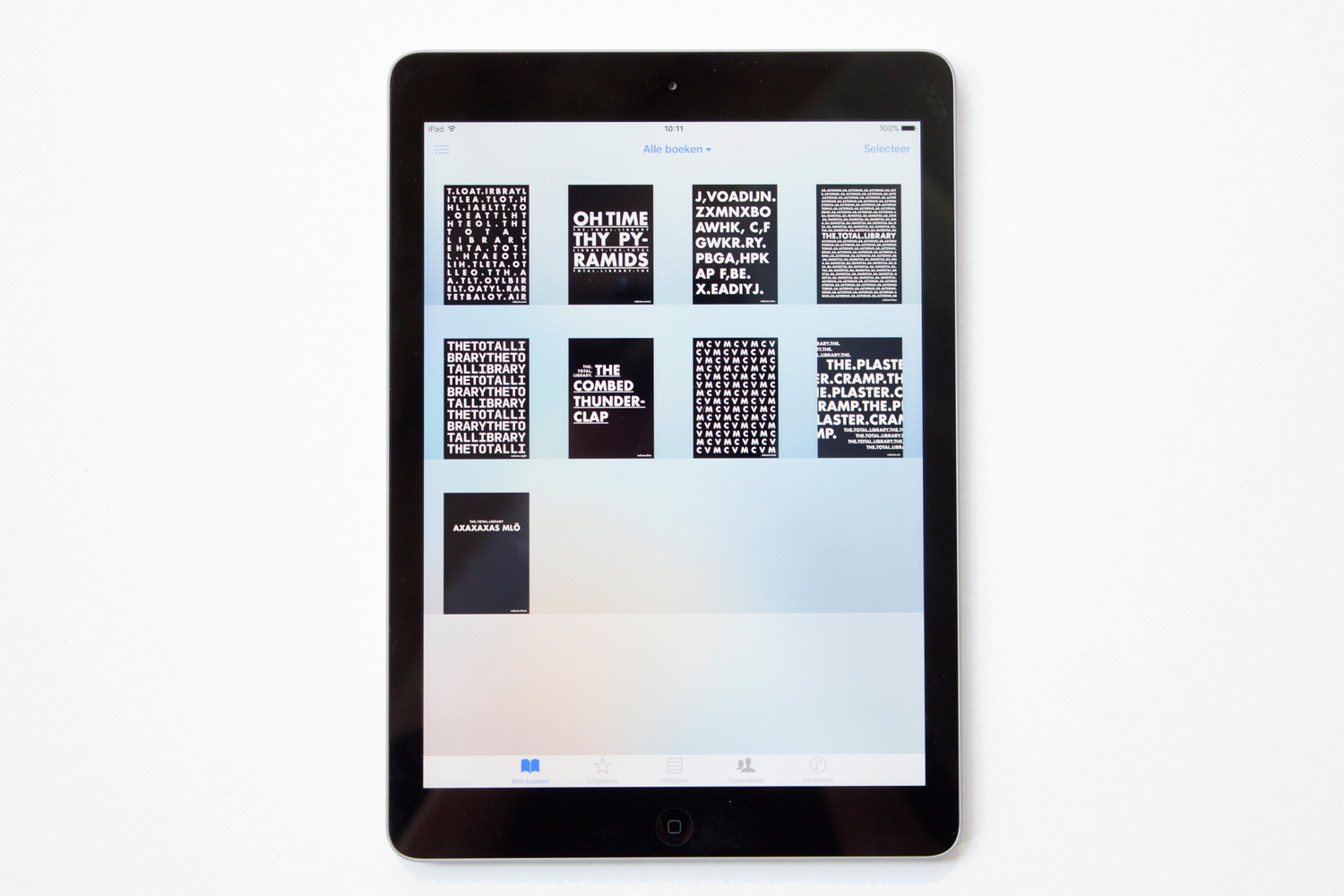 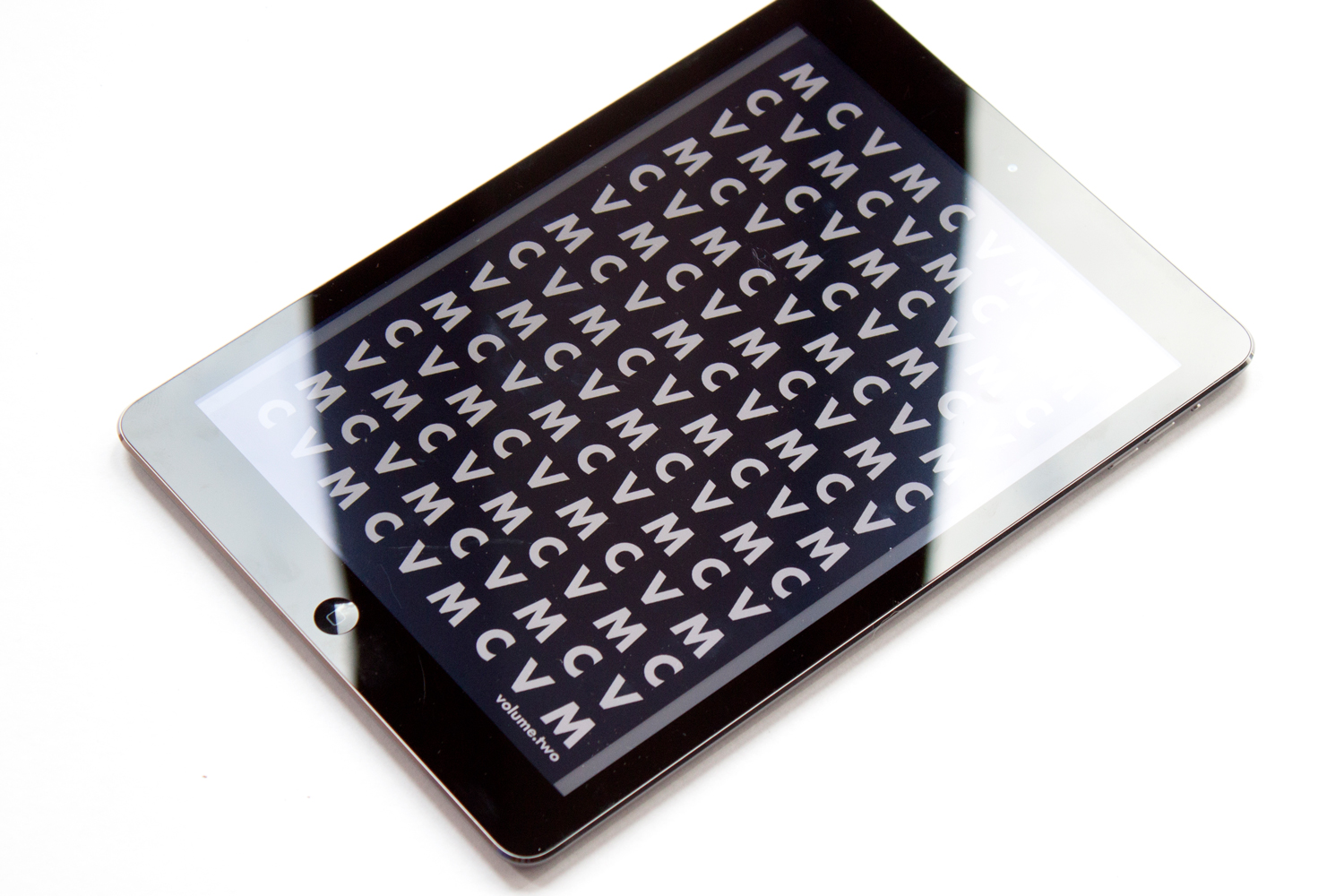 All Work and No Play

You Who Read Me Are You Sure of Understanding My Language?

Been Trying To Meet You

I Am Now Here / I Am Nowhere

Come On To Me

Got To Get It To Get Her

Love is Space and Time

No No Se Se NN